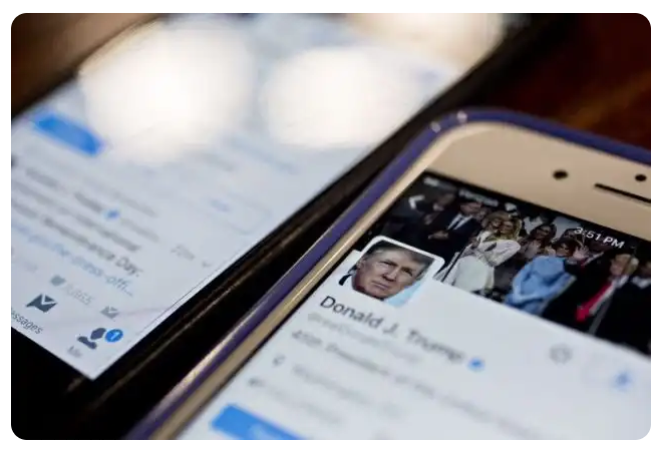 Facebook, Twitter and YouTube took action on President Donald Trump’s posts Wednesday in the wake of riots at the US Capitol from his supporters, but the platforms stopped short of suspending the President’s accounts despite growing pressure from advocacy groups and prominent figures.

The President’s video message was issued more than two hours after protesters began storming the Capitol on Wednesday, as politicians convened for an extraordinary joint session to confirm the electoral college results and president-elect Joe Biden’s victory.

In the video, Mr Trump called on his supporters to respect law enforcement while reiterating his claims the election was stolen from him.

“I know your pain. I know you’re hurt. We had an election that was stolen from us,” he said.

“It was a landslide election. And everyone knows it. Especially the other side.”

He called for his supporters to “go home in peace”.

“We don’t want anybody hurt,” he said.

“There’s never been a time like this where such a thing happened where they could take it away from all of us.”

He spoke directly to the protesters storming the US Capitol.

In a statement posted online, Twitter Safety said the decision had been made in response to the “unprecedented and ongoing violent situation” in Washington, DC.

“This means that the account of @realDonaldTrump will be locked for 12 hours following the removal of these tweets,” it said.

“If the tweets are not removed, the account will remain locked.

“Future violations of the Twitter rules, including our civic integrity or violent threats policies, will result in permanent suspension of the @realDonaldTrump account.”

For years, social media — especially Twitter — has been Trump’s preferred way to disseminate information directly to the public. Since November, Trump has posted regularly without evidence that the presidential election was “rigged.”

Twitter has labeled dozens of Trump’s posts as disputed or misleading and Facebook flagged misleading election posts by pointing users to trusted news sites, but Wednesday was the first time the president has been kicked off either platform even temporarily.

Twitter threatened to ban Trump entirely if he continues to break the rules.

Facebook also blocked Trump from posting on its platform for 24 hours, the company said, after it removed a video he posted to his supporters who participated in the riot. Trump will also face a 24-hour block on Facebook-owned Instagram.

“We’ve assessed two policy violations against President Trump’s Page which will result in a 24-hour feature block, meaning he will lose the ability to post on the platform during that time,” Facebook said in a tweet.