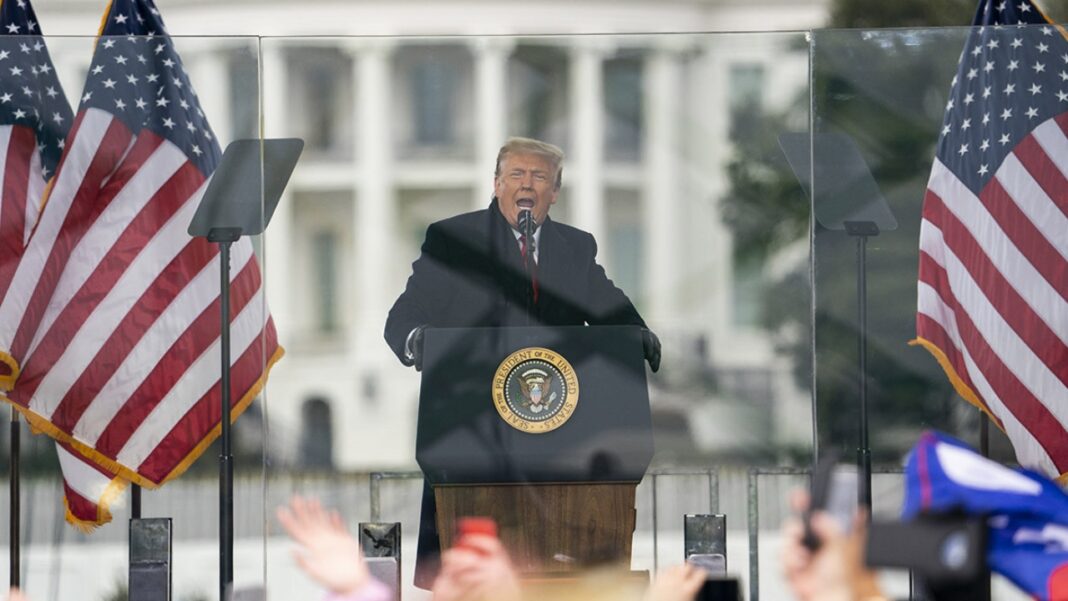 The United States President Donald Trump took to Twitter to condemn the demonstrators who were involved in the Mayhem at US capitol that shook the entire nation.

In a video, Trump said that the those who attacked the Capitol on Wednesday have sullied the democracy in a country which will always continue to have law and order.

“America is and must always be a nation of law and order,” Trump said. “The demonstrators who infiltrated the Capitol have defiled the seat of American democracy. To those who engaged in the acts of violence and destruction, you do not represent our country. And to those who broke the law, you will pay.”

In a veiled attempt, Trump acknowledged Biden’s victory and said that the new administration will take over the White House duties soon. He also asked his supporters to cool down the temper of 2020 elections and urged them to restore the calm in the country.

His recent remarks were contradictory to his Wednesday statement when he said that he will never concede, continuing to push his unproven claim that the election was tampered with.

Trump culminated his video message on Thursday by expressing confidence to his supporters that their journey is only beginning.

Trump’s statements comes after nationwide call to remove Trump from his president status, which will last till January 20, immediately.