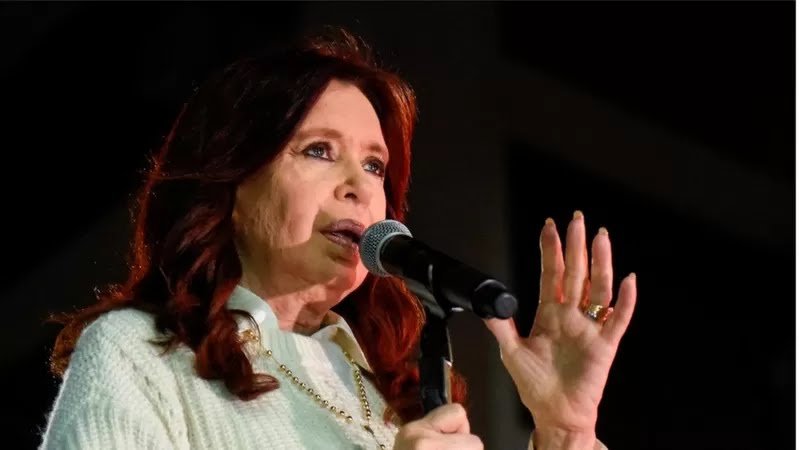 Argentina vice president Cristina Fernández de Kirchner survived an assassination attempt Thursday night after a man fired a gun at point-blank range – the gun can be seen inches from her face in a video circulating online.

Fortunately for Fernández, the gun misfired and the would-be assassin was swiftly overpowered by security officers and taken into custody. In the videos available online the vice president did not appear to have suffered any injury.

Who is Cristina Fernández de Kirchner?

The man arrested was identified as a 35-year-old Brazilian citizen named Fernando Andres Zabak Montiel. So far, the motive for the aggression is unknown.

The suspect was identified by the Federal Police as Fernando Andres Zabak, born in Brazil in 1987. The Argentine press explained that the alleged perpetrator had a legal case against him, filed after in 2021 the police found a knife in his car, which he argued he used for his own defense, indicated the newspaper La Nación.

“A person who is indicated by those who were close to him, shows a weapon. He was detained by security personnel, he was taken away and the weapon was found,” reported Security Minister Aníbal Fernández.

In a televised address late Thursday, Argentina’s President Alberto Fernández said the suspect aimed a loaded gun at Fernández de Kirchner, which did not fire despite the pulled trigger.

“Cristina is still alive because — for some reason we can’t technically confirm at this moment — the weapon, which was armed with five bullets, did not shoot although the trigger was pulled,” he said.

He called the assassination attempt an attack on democracy, saying, “We must eradicate hate and violence from our media and political discourse.” He declared Friday a national holiday for the country to rally together in support of Fernández de Kirchner.

Former Argentine President Mauricio Macri also renounced the attack on Thursday, calling for an “immediate and profound clarification by the justice system and the security forces.”