‘We are the custodians of Taliban’: Pakistani minister Sheikh Rashid 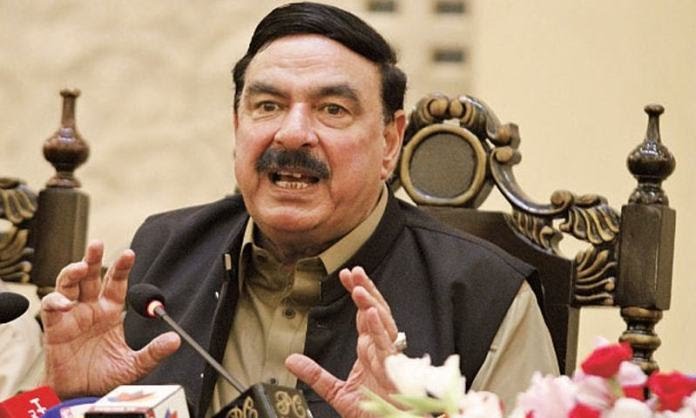 After the Taliban called Pakistan their ‘second home’, Pakistani Minister Sheikh Rashid has now confessed on a TV show that the Imran Khan-led government has indeed been the custodian of the Talibani leaders.

“We are the custodians of Taliban leaders. We have taken care of them for long. They got shelter, education and a home in Pakistan. We have done everything for them,” declared Rashid openly while speaking on Hum News programme ‘Breaking Point with Malick’.

The interior minister’s statement comes after Pakistan Foreign Minister Shah Mahmood Qureshi on August 28 said that Islamabad would continue to play a constructive role to support Afghanistan and a new government will be formed in the war-weary nation within a few days.

“We expect that a consensus government will be formed in the coming days in Afghanistan, Qureshi was quoted as saying by Geo News.

ALSO READ: UP: 50,000 youths to be trained under Apprenticeship Promotion scheme

Qureshi commented after anti-Pakistan protests were witnessed in many countries against Islamabad’s proxy role in assisting the Taliban.

Welcoming the Taliban and snubbing the US, Rashid in another interview last week had also revealed that Pakistan is unwilling to shelter the US troop for a long time. “Their stay in the country is only for a limited period,” remarked the minister.

It is notable here that Rashid is the same person who had once said Pakistan has the technology to develop ‘smart bombs’ that would kill only Hindus in India and spare the Muslims.

The possible axis of Pakistan and Taliban-controlled Afghanistan has become a matter of concern for India. Many political analysts say that such a controversial statement clearly shows that the Taliban regime will now be controlled by Pakistan. That is, now the Taliban will work at the behest of Pakistan.