One Moto launches its third electric scooter Electa, will cover a distance of 150Km in a single charge 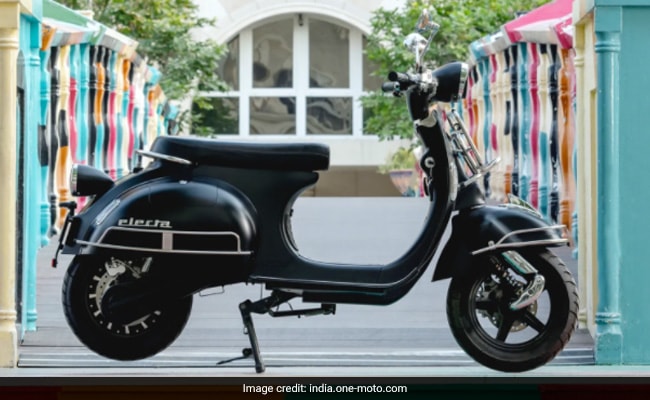 Muzammil Riaz, Partner and Promoter, One Moto India said that the company has stepped into the Indian market to meet the electric vehicle requirements of those looking for something different and luxurious.

The company said that the battery of the vehicle gets fully charged in four hours and can cover a distance of 150 km on a single charge.

In Electa, customers will get 72V and 45AH detachable lithium-ion batteries. The company claims that its battery replacement time will be 10 seconds. According to the company, it will be charged in four hours. The rider can cover a distance of up to 150 km in a single charge.

According to the website of One Moto, its maximum speed is 85 kmph. The total weight of the vehicle will be 115 kg and it will be able to lift up to 150 kg.

Bhuvan Bam one of the brand ambassadors of Ola Electric