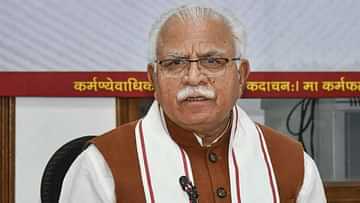 The cabinet expansion is going to happen in Haryana on Tuesday. Tomorrow evening at 4 pm, the new ministers of the state cabinet can be sworn in. This information has been given by the CMO.

It has been told by tweeting on behalf of the Chief Minister’s Office (Haryana CMO) that on December 28, at 4 pm, the Haryana cabinet will be expanded at Raj Bhavan.

New ministers will take oath at 4 pm. At present, it is not known which leaders will be made ministers.

According to the news, Devendra Babli, MLA of Tohna from JJP quota, is considered almost certain to be made minister.

While the name of Palwal MLA Deepak Mangla and Hisar MLA Dr. Kamal Gurta from BJP quota is also going ahead.

At present, two posts are vacant in the state cabinet. However, its official announcement has not been made yet.