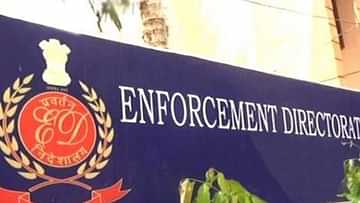 The Enforcement Directorate (ED) has summoned senior officials of Amazon India and Future Group in connection with its probe into the violation of the Foreign Exchange Management Act (FEMA). In which Amit Agarwal, Country Head of Amazon India is also included. Official sources said on Sunday that these officials have been asked to appear in connection with the FEMA probe into the disputed deal between the two groups.

According to information received from sources, the officials of these two companies have been asked to appear with the documents in the coming week. Sources said that the Enforcement Directorate has summoned Amazon India chief Agarwal and other senior officials as well as officials of Future Group.

The Ministry of Commerce had asked the ED to take “necessary steps” against the country’s major e-commerce companies like Amazon and Flipkart for multi-brand retail trading. Apart from this, the Delhi High Court also made a strong comment about Amazon. After which the Enforcement Directorate started investigation under various sections of FEMA.The High Court had said that American company Amazon had attempted to gain control of Future Retail through certain agreements with an unlisted entity of Future Group, which would be deemed to be in violation of FEMA and Foreign Direct Investment (FDI) norms. Sources in the ED, which is probing the matter, said that the officials of these two companies have been called so that the investigation can be taken forward.

An Amazon India spokesperson confirmed the receipt of the summons by the Enforcement Directorate and said that the company is reviewing it and necessary steps will be taken within the stipulated time. At the same time, Future Group has not given any reaction about this yet.

Both the companies are embroiled in a legal battle over a possible sale of Future Retail. Amazon says its agreement to sell Future Retail to Reliance Retail violates its 2019 investment agreement .