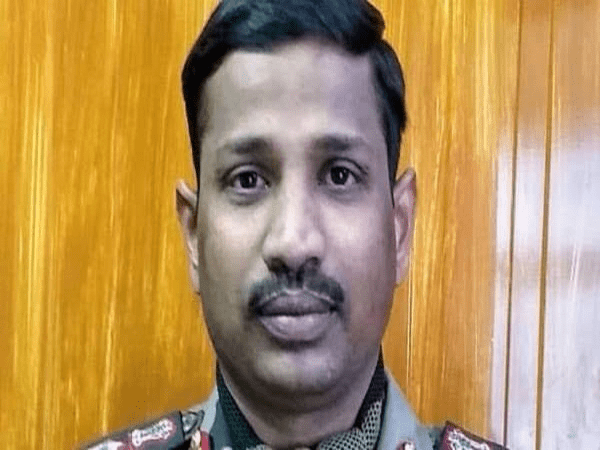 This Republic Day, India honours the bravehearts of Galwan incident. The incident that saw aggressive act by Chinese leading to death of 20 Indian soldiers. China remains mum on its casualty figures.

Colonel Santosh Babu, the Commanding Officer of 16 Bihar who attained Veergati along with 19 others in the Galwan clash last year, to be decorated with a posthumous Maha Vir Chakra on Republic Day.

China is yet to disclose the number of its soldiers killed and injured in the clash though it officially admitted to having suffered casualties. According to an American intelligence report, the number of casualties on the Chinese side was 35

The Galwan Valley clash had escalated the border row in eastern Ladakh and resulted in a large deployment of troops and heavy weaponry by both the armies at the friction points.

The Indian Army has already built a memorial for the ”Gallants of Galwan” at Post 120 in eastern Ladakh.

The memorial mentioned their heroics under operation ”Snow Leopard” and the way they evicted the Chinese People”s Liberation Army (PLA) troops from the area while inflicting “heavy casualties” on them.

During a visit to Lukung forward post in eastern Ladakh on July 17 last year, Defence Minister Rajnath Singh had personally conveyed his appreciation and compliments to the troops from the Bihar regiment for displaying exemplary grit and courage in fighting the Chinese troops.

Santosh Babu and five others including Nb Sub Nuduram Soren, Hav K Palani, Hav Tejinder Singh and Nk Deepak Singh Sep Gurtej Singh who lost their lives in the Galwan valley clash, have also been awarded the Chakra series wartime gallantry medals posthumously. 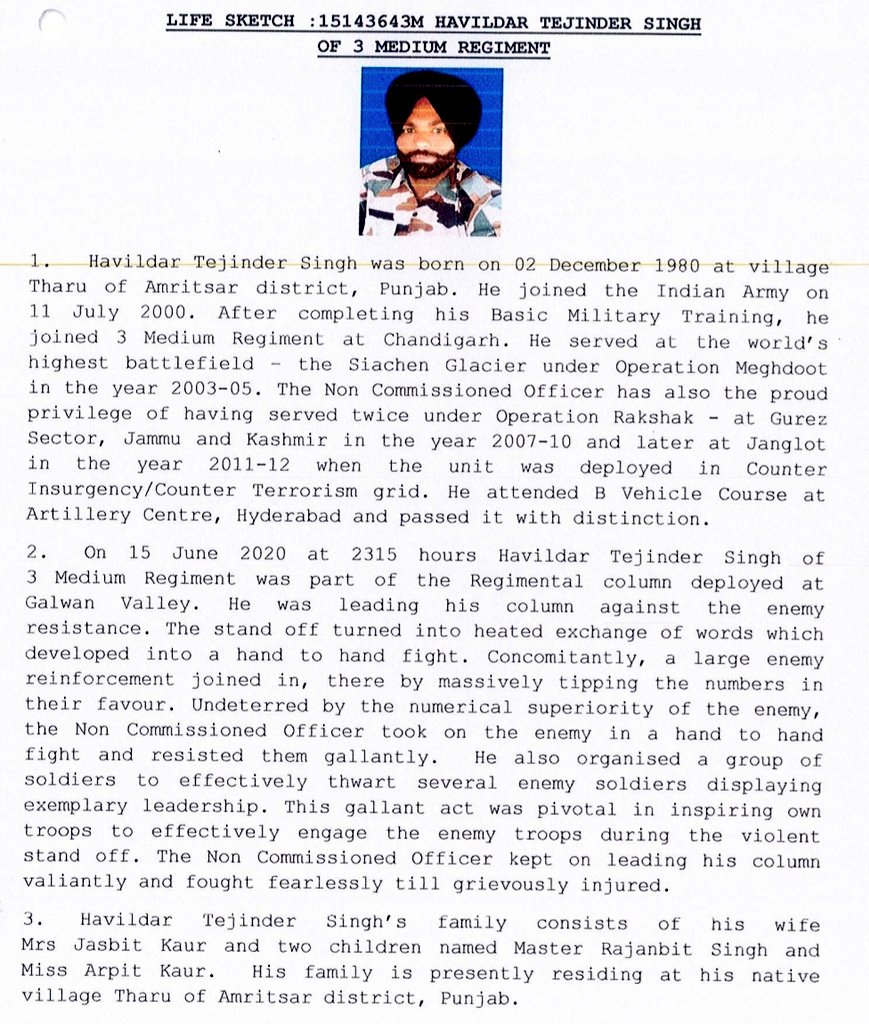 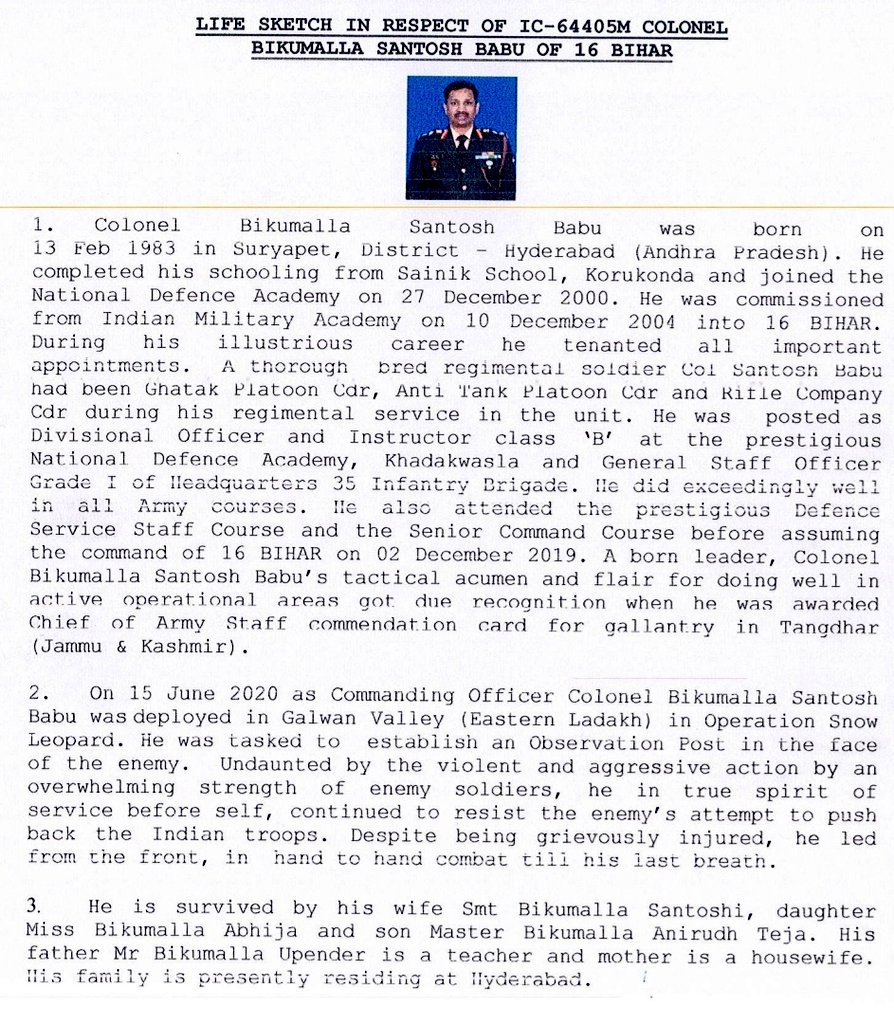 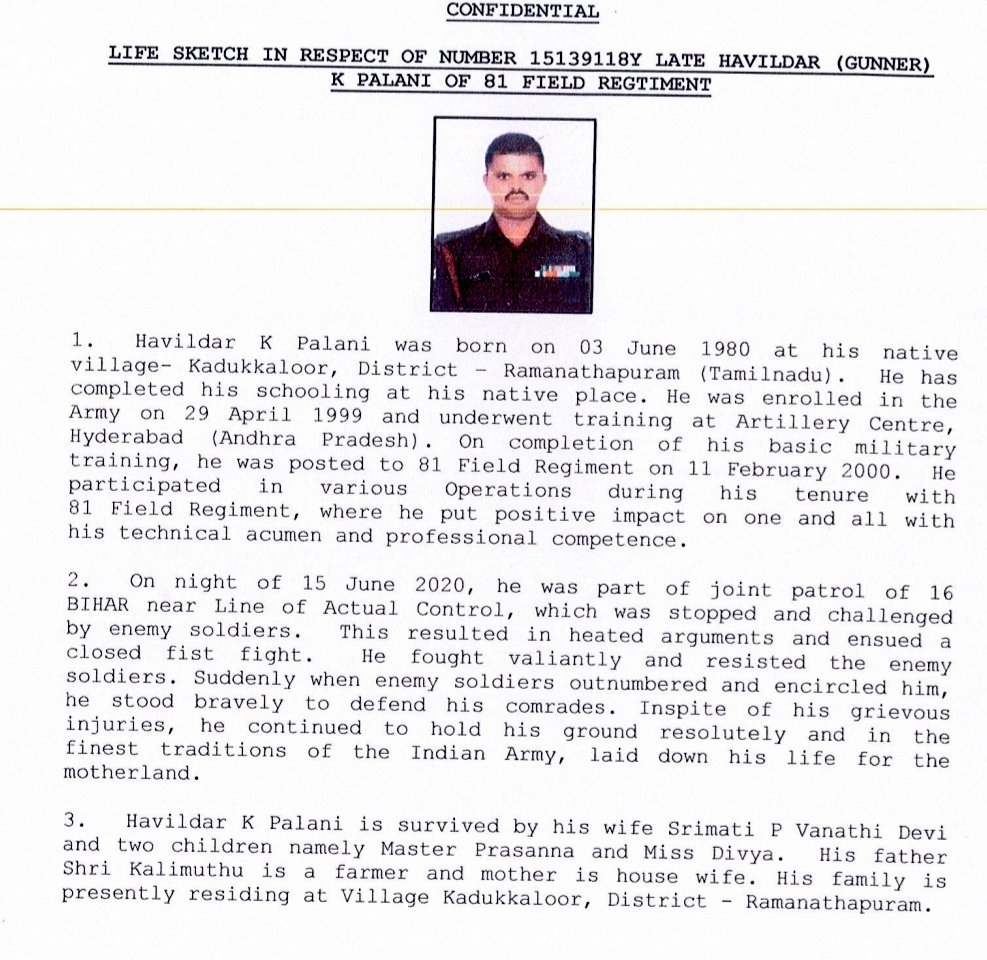 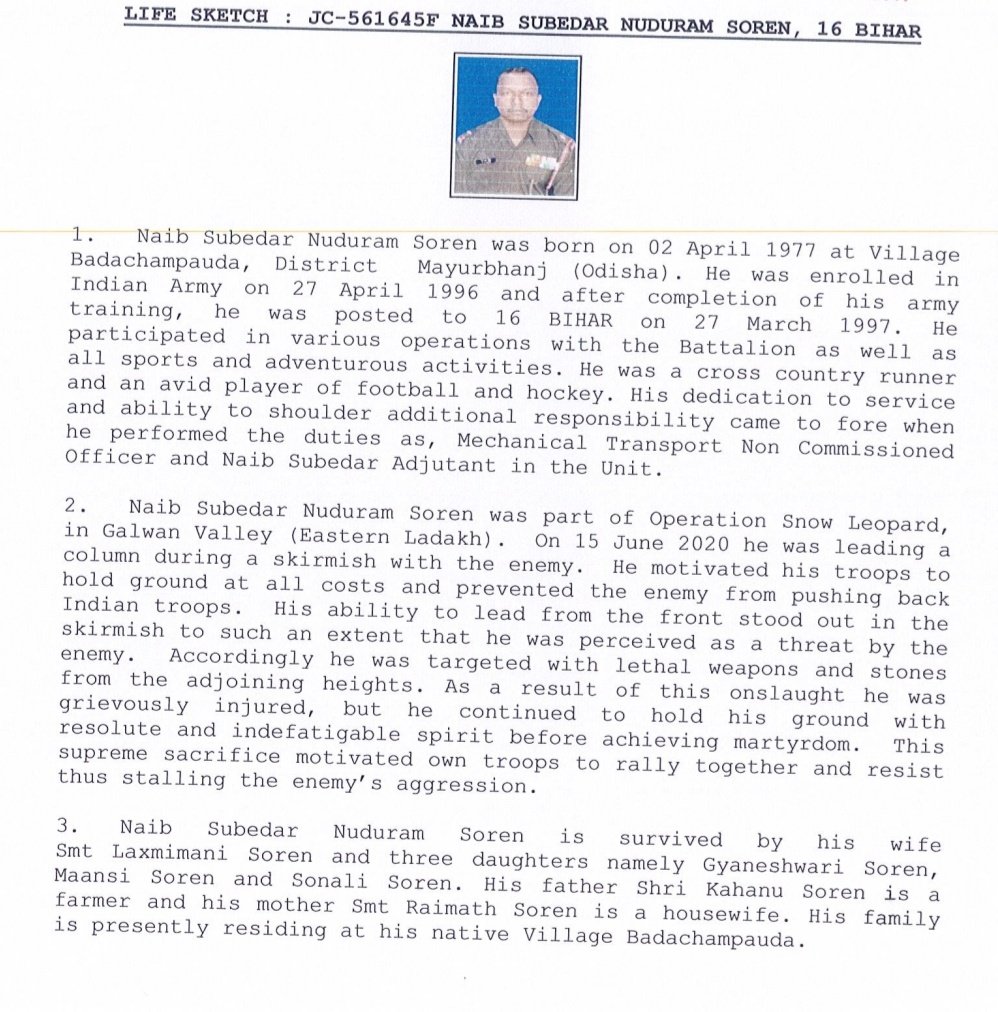 Subedar Sanjeev Kumar has been awarded the second-highest peacetime gallantry award Kirti Chakra posthumously for eliminating one terrorist and injuring two others in an operation in Jammu and Kashmir on April 4, 2020.

Major Anuj Sood, who lost his life in an encounter with terrorists in Jammu & Kashmir in May 2020, has been awarded Shaurya Chakra posthumously.