16 New Zika infected have been reported in Kanpur 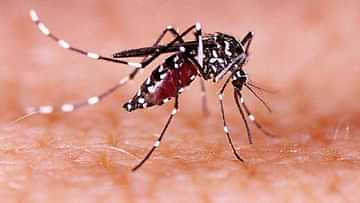 In Kanpur, Uttar Pradesh, the infected people who have come under the grip of Zika Virus Outbreak in Kanpur are continuously coming to the fore. On Tuesday, 16 new Zika infected have been reported in Kanpur, after which the total number of infected has increased to 105. Two pregnant women are also included in the new patients. In view of the cases of Zika virus, CM Yogi Adityanath will also be on a visit to Kanpur today to take stock of the situation.

CM Yogi will hold a meeting with the health officials of the district at Kanpur Development Authority Auditorium. In this meeting, Yogi will review the preparations to deal with the Zika virus. Apart from this, CM Yogi will also visit Zika virus affected areas. Here Yogi will meet the relatives of patients infected with Zika virus. Seven of the newly infected are women, two of them are pregnant. After their report came positive, the officials got an ultrasound done. One pregnant woman infected with Zika is from Kajikheda and the other from Faithfulganj.

Apart from Kanpur, new cases of Zika infection are continuously coming up in Lucknow too. On Tuesday, 26 new cases of Zika have been found in Lucknow as well. New patients have come up from Aishbagh, Aliganj, Indira Nagar, Malihabad, Nagaram, NK Road, Alambagh, Sarojini Nagar, Gosaiganj and Red Cross areas of the capital. On the other hand, the team of District Malaria Officer has also issued notices to 11 houses on finding mosquito-borne conditions.

According to the information received, new Zika infected have been found in Pokharpur, Adarshnagar, Tiwaripur Bagia, Kajikheda and Faithfulganj of Chakeri area. After the reports of the infected, the health department teams have conducted survey and source reduction campaign in the affected areas. Anti-larva drugs were sprayed within a radius of four hundred meters around the house of the infected. Along with this, sampling of those who came in contact with the infected has been done.