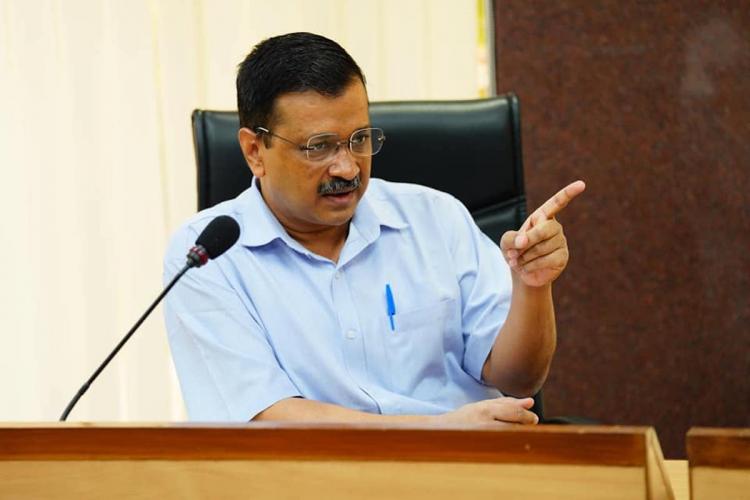 Corona virus cases are increasing rapidly in the national capital Delhi and the number of Covid infected is jumping, but Delhi Chief Minister Arvind Kejriwal has asked people not to worry.

In a press conference today, he appealed to the people not to panic.

He said that those who are getting sick from Corona, they do not need to go to the hospital. The Chief Minister said that most are mild cases or are without symptoms. Kejriwal said that there was 262 occupancy in the hospital on 29th December, which has increased to 247 after 3 days. He told that as on date only 82 oxygen beds are occupied in Delhi hospitals, and no patient is coming who is in need of oxygen.

Also Read – School-College closed in Bengal, all offices will be functioning at 50 percent capacity

He told that the Delhi government has prepared 37 thousand beds in hospitals, but only 0.22 percent of the beds are currently being treated by patients. He told that when the second wave came in April last year, and there were about 6600 cases in Delhi on March 27, then there were 1150 beds occupied in hospitals, but today 82 beds are occupied, then 182 were on ventilator, but today there are 5. Then there were about 10 deaths every day, but today sometimes there are 0 deaths.

The Chief Minister said that these figures should be told so that people do not panic. He said that there is no need to panic, but to be responsible, do social distancing and wear masks. Kejriwal said, “Your government is completely ready, standing with you.”