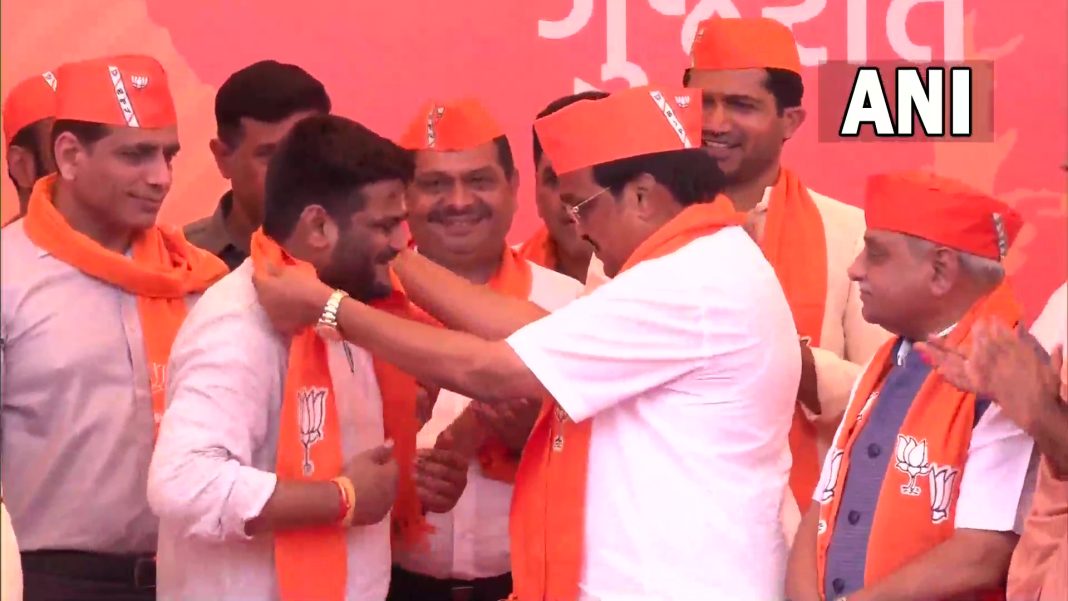 Former Congress leader Hardik Patel joined the Bharatiya Janata Party (BJP) on Thursday. He is likely to contest the Gujarat Assembly elections scheduled to be held later this year.

He was inducted into the party by BJP Gujarat unit president CR Patil and former deputy chief minister Nitin Patel.

“Today I am starting a new chapter,” the 28-year-old leader told ANI before switching sides. “I will work as a small soldier. We will do an event every 10 days in which the people, including MLAs, who are unhappy with Congress will be asked to join [the BJP]. PM Modi is the pride of the entire world.”

Patel, who led the Patidar community’s agitation for reservation in education and government jobs, resigned from the Congress on May 18.

In a resignation letter addressed to Congress President Sonia Gandhi on May 18, Patel had accused the party of working against the interests of society and the country. He had claimed that Congress leaders at the central and state level were only interested in opposing any steps taken by the Prime Minister Narendra Modi-led government.

“Be it the Ram mandir in Ayodhya, revocation of Article 370 from Jammu and Kashmir, implementation of GST [Goods and Services Tax] – India wanted solutions for these subjects for a long time and Congress only played the role of a roadblock and was always only obstructive,” Patel alleged.

The activist had accused the senior Congress leadership of lacking seriousness and being unwilling to listen to the problems of the residents of Gujarat. “Party leaders are busy arranging chicken sandwiches and Diet Coke for Rahul Gandhi,” he added.