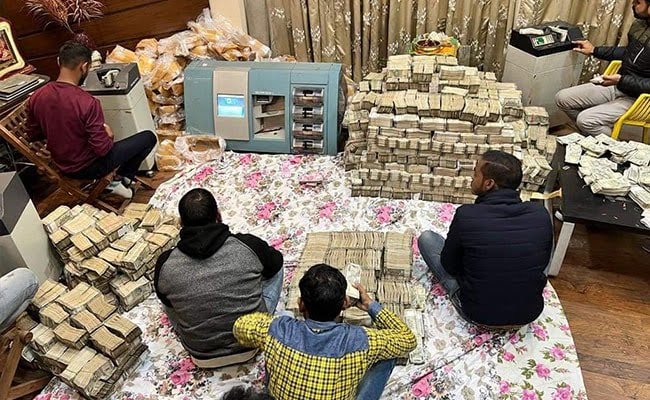 Kanpur’s perfume trader Piyush Jain has been arrested. In the raids of the Income Tax Department lying at his house and many other places,0PP unaccounted cash worth Rs 200 crore was recovered.

Income tax officers were also left sweating in counting these notes. There was also a round of political accusations and counter-allegations between many parties including SP and BJP in UP regarding this matter. Before the assembly elections in UP, raids were conducted on the premises of Piyush Jain in Kanpur, Unnao and Kannauj by the Income Tax Department.

The joint team of IT and DGGI caught this cash by raiding many places including Kanpur of Kannauj’s big perfume businessman Piyush Jain. In Kanpur itself, Rs 177 crore has been recovered from Piyush Jain’s house in Kanpur. The team of Income Tax Department had also gone to Kannauj with the members of his house. It has been told that after cash from the house, now gold has been recovered.

For the first time in the GST raids in UP, such a huge wealth was found, seeing which even the officials were stunned. Currency counting machines were called for counting these notes. Notes were kept in boxes and the exercise to seal them again was going on for the last few days. This case is also related to GST evasion and undeclared property.

Earlier, raids were conducted at Kanpur-based transporter and Gutkha King from where four crore cash was recovered. The raids at the transporter revealed that he was sending goods without paying GST. After this, trucks laden with goods were seized from the transporter. 200 invoices made in the name of fake firms were also received from his godown. The Directorate of GST Intelligence took this action after the tax evasion was reported.