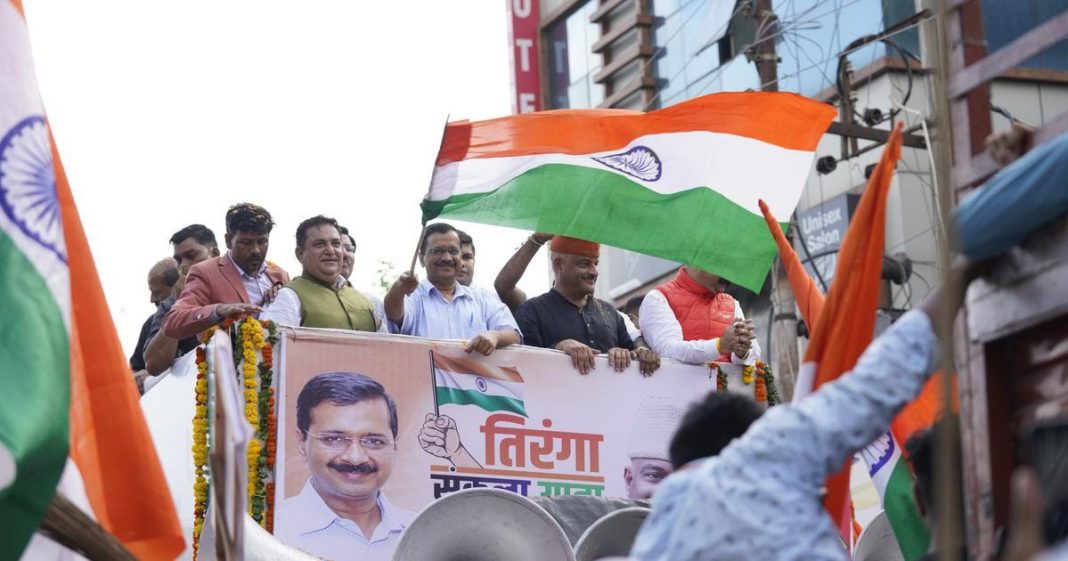 Addressing the press conference, Kejriwal today promised 1 lakh government jobs within 6 months of government formation in the state. He also said the Aam Aadmi Party would reserve 80 per cent of job opportunities for the local people of the state. Unless jobs are provided, Kejriwal said his party would give Rs 5,000 a month to people.

Slamming the deteriorating health services, AAP has promised good quality and free health services to all. Kejriwal has also sought a Bharat Ratna for Chipko Movement leader Sunderlal Bahuguna, a resident of Dehradun.

In a bid to counter the BJP, Col Kothiyal had been fielded by AAP against then-CM Tirath Singh Rawat in the Gangotri bypolls. The former principal of Uttarkashi-based Nehru Institute of Mountaineering, Kothiyal has been hailed for his rescue and rehabilitation efforts in the aftermath of the 2013 Kedarnath tragedy.

Running an organization that trains the locals to join the Armed Forces, he joined the Arvind Kejriwal-led party on April 19 this year. Later, Kejriwal announced that Col (Retd) Ajay Kothiyal will be AAP’s CM face for the upcoming polls.