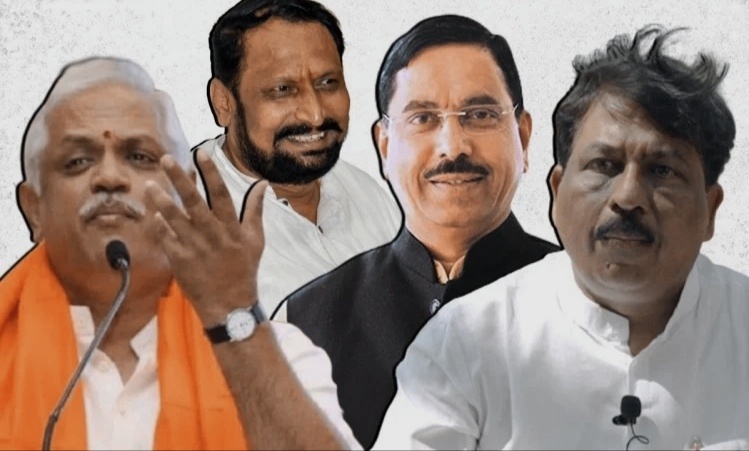 There is a lot of turmoil in Karnataka politics these days. Karnataka Chief Minister BS Yediyurappa announced his resignation in the assembly today. After reaching Raj Bhavan, he submitted his resignation to Governor Thaawarchand Gehlot. Yediyurappa has resigned from the post of Chief Minister at a time when the BJP government in Karnataka completes two years today. In such a situation, everyone’s eyes are on who will now hand over the command of the state to the BJP. At the same time, a meeting is being held in New Delhi regarding the new CM of Karnataka, in which party President JP Nadda and Home Minister Amit Shah are also present. The names of Prahlad Joshi, BL Santosh, Laxman Savadi and Murugesh Nirani are included in the race for the post of Chief Minister of Karnataka.

Sources said the BJP would soon send an observation to Karnataka. BS Yediyurappa will continue as caretaker CM till the new chief minister is sworn in.

Announcing his resignation from the post of Chief Minister, Yediyurappa said, he still has a lot to do for the people of Karnataka. We all should work hard. Yediyurappa said in an emotional tone, “I have decided to resign. I will be meeting the governor soon. Emotionally, he said that he has always gone through a litmus test.He said that when Atal Bihari Vajpayee was the Prime Minister, he asked me to become a minister at the Centre, but I said that I would stay in Karnataka.

After the announcement of Yeddyurappa’s resignation, the stir in Delhi has intensified. BJP President JP Nadda, Karnataka BJP in-charge Arun Singh and Home Minister Amit Shah are discussing the name of the new Chief Minister. Meanwhile, the names of Union Coal, Mining and Parliamentary Affairs Minister Prahlad Joshi, Karnataka Deputy Chief Minister Lakshman Savadi, Organization General Secretary BL Santosh and Mining Minister and industrialist MR Nirani in the state government, are going ahead as Yeddyurappa’s successor. However, Joshi said that the top leadership has not spoken to him about it yet, while Nirani says that he will abide by whatever orders the party gives.