School Chalein Hum campaign in UP 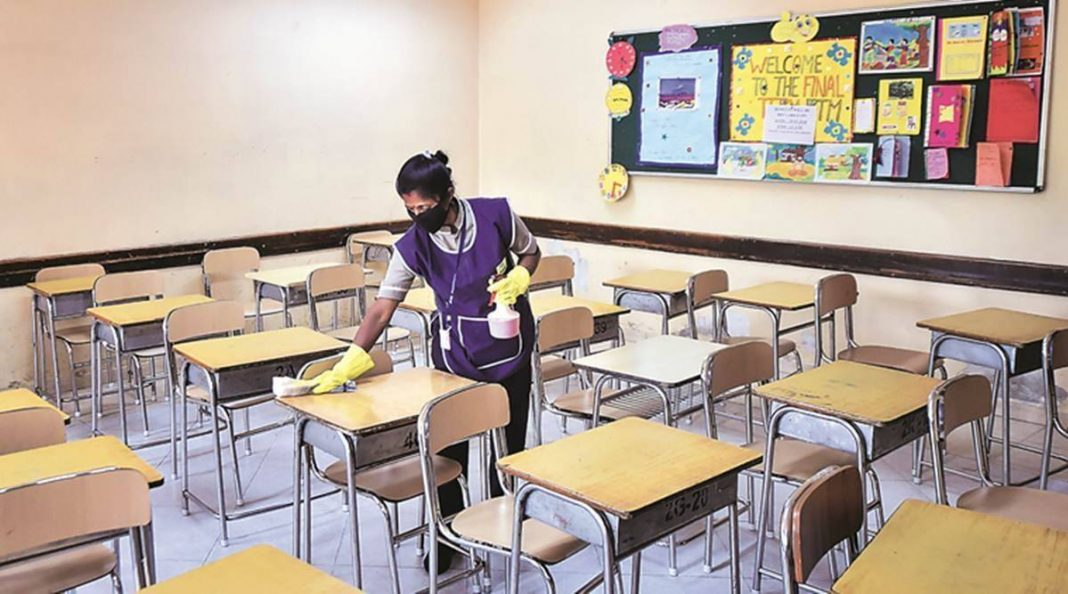 School Chalein Hum campaign: “School Chalein Abhiyan” is being started from Monday to make children and parents aware about school education. Chief Minister Yogi Adityanath will formally launch this statewide campaign from Shravasti district. As per the guidelines of the Chief Minister, this mega campaign will be run extensively in the whole of Uttar Pradesh. The Chief Minister says that due to the Corona epidemic, two years of the children remained weak at the educational level, which this campaign will be launched to give further impetus.

Earlier on Thursday, the Chief Minister had instructed in a meeting of the higher officials that all the teachers should go door-to-door meeting the parents and motivate the children to come to school. All the public representatives should also be associated with the School Chalo campaign. All legislators must adopt one school each. Along with this, the officials should also adopt the schools.

The Chief Minister had directed the officers to pay special attention to the districts which have low literacy rate. There should be a massive campaign in the schools there. School Chalo Abhiyan is being started from Shravasti, where literacy rate is the lowest in the state. It is followed by Bahraich, Balrampur, Badaun and Rampur.

Also Read – Everything You Need To Know About Pakistan Political Crisis

Primary schools should be equipped with basic facilities: CM
The Chief Minister also directed that all the schools of Basic Education Council should be covered by Operation Kayakalp. Every primary school should be equipped with all basic facilities. For this, private institutions, old school students should be connected by running a campaign. The help of Corporate Social Responsibility (CSR) should be taken for the rejuvenation of schools. Along with this, instructions have also been given by the Chief Minister to ensure the arrangement of drinking water, toilets, smart classes and furniture in every school connected with basic education and arrangements for children’s uniforms and shoes and socks have also been ordered.

The Chief Minister has asked the officials to conduct a time bound campaign from the deployment of teachers to the basic facilities. Teachers should be posted in every Basic Education Council’s schools.