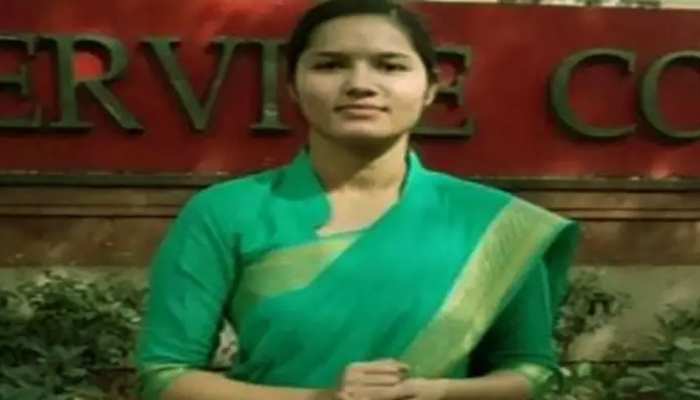 The hard work done with the desire to get something in life always pays off. Today we will mention the story of Shreya Shree, a resident of Anuppur, Madhya Pradesh, who has the same desire, who has secured 71st position in UPSC Civil Services Examination 2021. She has achieved this position in her second attempt without any coaching.

Shreya had studied class 10th and 12th from a government school in Singrauli, a backward district of Madhya Pradesh. After this, she directly enrolled in IIT Kanpur, from where she obtained her graduation and post graduation degree. After doing post graduation, the way was open for her to go abroad and get a job, but she decided to prepare for the UPSC exam. Shreya could not even clear prelims in her first attempt. At the same time, in the second attempt, she cleared the UPSC Civil Services Examination 2021 by clearing all three Prelims, Mains and Interview.

Shreya’s father works in such a bank, but his income is not enough that he can spend lakhs of rupees for UPSC coaching in a city like Delhi. Shreya was already aware of this situation, due to which she decided to prepare for this exam without coaching. Through self study, she prepared for UPSC exam and cleared the exam in her second attempt and secured 71st rank in the whole country.

This year a total of 180 candidates will be appointed for the post of IAS. Of these, 72 candidates from the general category will be made IAS. Shreya tells that her rank is 71st, so she is sure to become an IAS. She said that her father always used to say that if you prepare then only to become an IAS. Today this success has been achieved only because of the preparation.