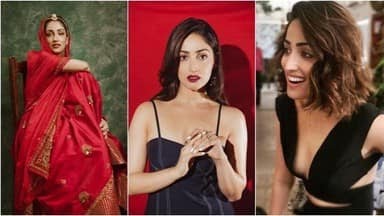 Actress Yami Gautam Dhar, who won everyone’s heart with her beauty, celebrates her birthday on November 28. Yami has earned a name in the world of films as well as TV shows and advertisements. Let us tell you some things about Yami Gautam on the special occasion of birthday.

Yami Gautam was born in Himachal Pradesh, but spent her childhood in Chandigarh. In 2008, Yami was seen playing the lead role in the TV show ‘Chand Ke Paar Chalo’.

Yami made her Bollywood debut in the year 2012 with the film Vicky Donor. Ayushmann also debuted with Yami from the film. Vicky Donor movie proved to be a hit.

Millions of people are fascinated by the beauty of Yami, but some time ago she revealed that she is also battling a disease called Keratosis Pilaris.

Yami had told that in this disease, small grains emerge on the skin. There is no treatment for this disease.

This year itself, Yami has taken seven rounds with director Aditya Dhar. In an interview, Yami had told that she had come close to Aditya during the promotion of the film Uri.

Recall that Yami Gautam has also appeared in many commercials, although she is well-liked for ‘Fair and Lovely’.

Yami Gautam has featured in many films including Vicky Donor, Uri The Surgical Strike, Kaabil and Bala, which were well received by the audience. On the other hand, Yami will soon be seen in Dasvi and OMG 2.