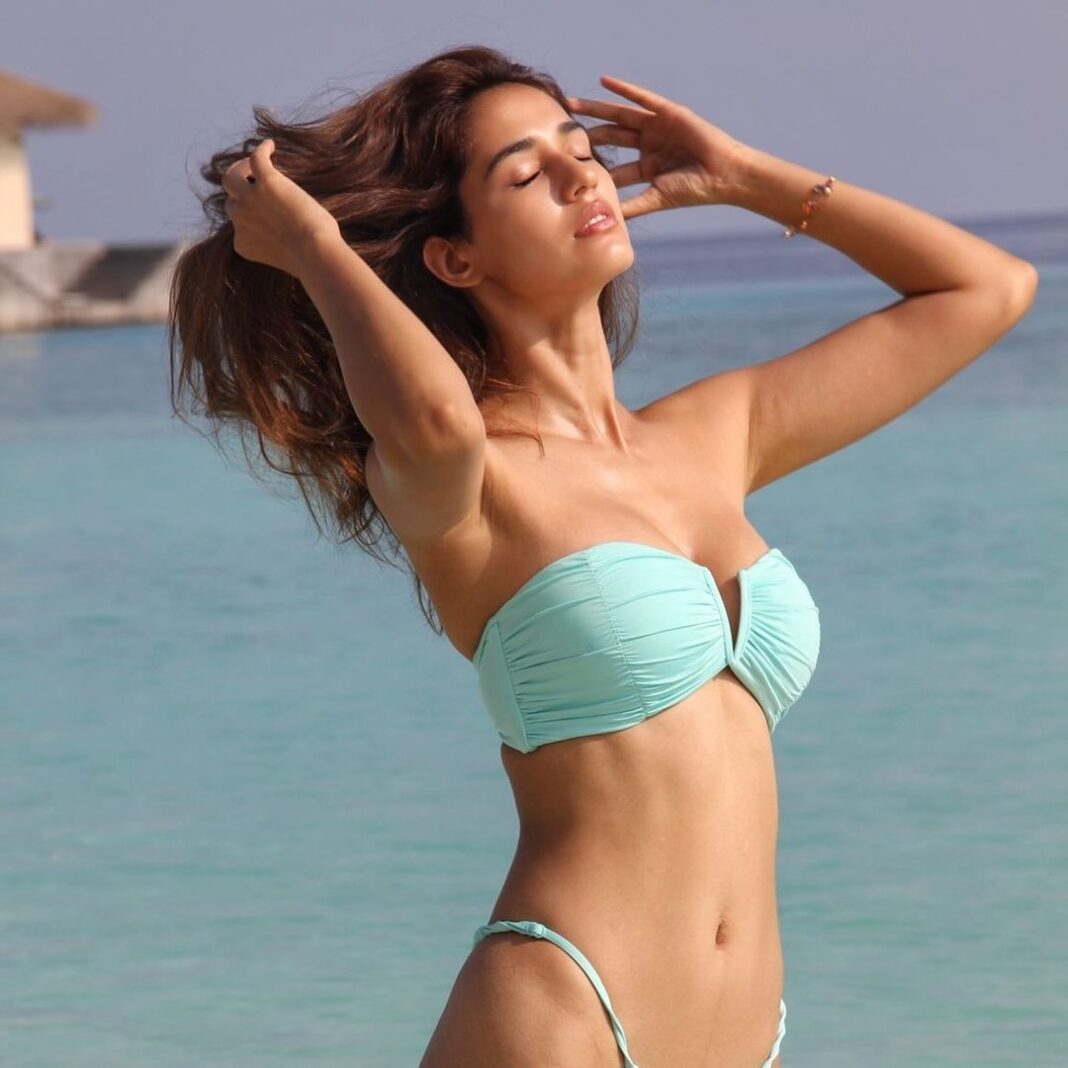 Disha Patani is one of the fittest divas of B-town and it is evidently visible in her pictures that she keeps sharing on Instagram. In the recent, the beautiful actress has shared yet another picture wherein she can be seen flaunting her hourglass figure. The picture shows Disha draped in a blue bikini as she poses beside a tree. Going by the looks of it, the picture appears to be from Disha’s Maldives vacay where she had flown down for New Year with actor and rumoured boyfriend Tiger Shroff.

Disha did not write anything in the caption but inserted a coconut tree emoticon while sharing the picture. See her alluring picture below:

During her Maldives vacay, Disha had stormed the internet with her extremely hot pictures. While one picture showed her standing in the midst of the sea with a surf board, other showed her facing the sea.  See more of her pictures here:

Meanwhile, on the work front, Disha has been away from silver screen for quite some time now. But here’s the good news – the actor is all set to return with Salman Khan starrer Radhe: Your Most Wanted Bhai. Recently, Salman made the much-anticipated announcement that the film will have a theatrical release on Eid 2021. Disha will also be seen in Mohit Suri’s Ek Villain 2.