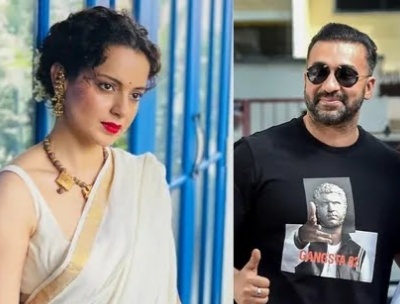 Kangana Ranaut tweeted a report from a popular online website about Raj Kundra’s arrest amid the controversy surrounding his arrest for allegedly producing pornographic videos and sharing them through apps. The actress expressed her displeasure on Instagram Stories, calling the film industry a “gutter” and revealing that bollywood isn’t all glitz and glam.

She added that in her upcoming production, Tiku Weds Sheru, she will expose the “underbelly of Bullywood”.

“This is why I call movie industry a gutter… all that glitter is not gold, I am going to expose under belly of Bullywood in my upcoming production called Tiku weds Sheru..we need strong value system and conscience in the creative industry and of course a whip (sic).., ” she wrote. 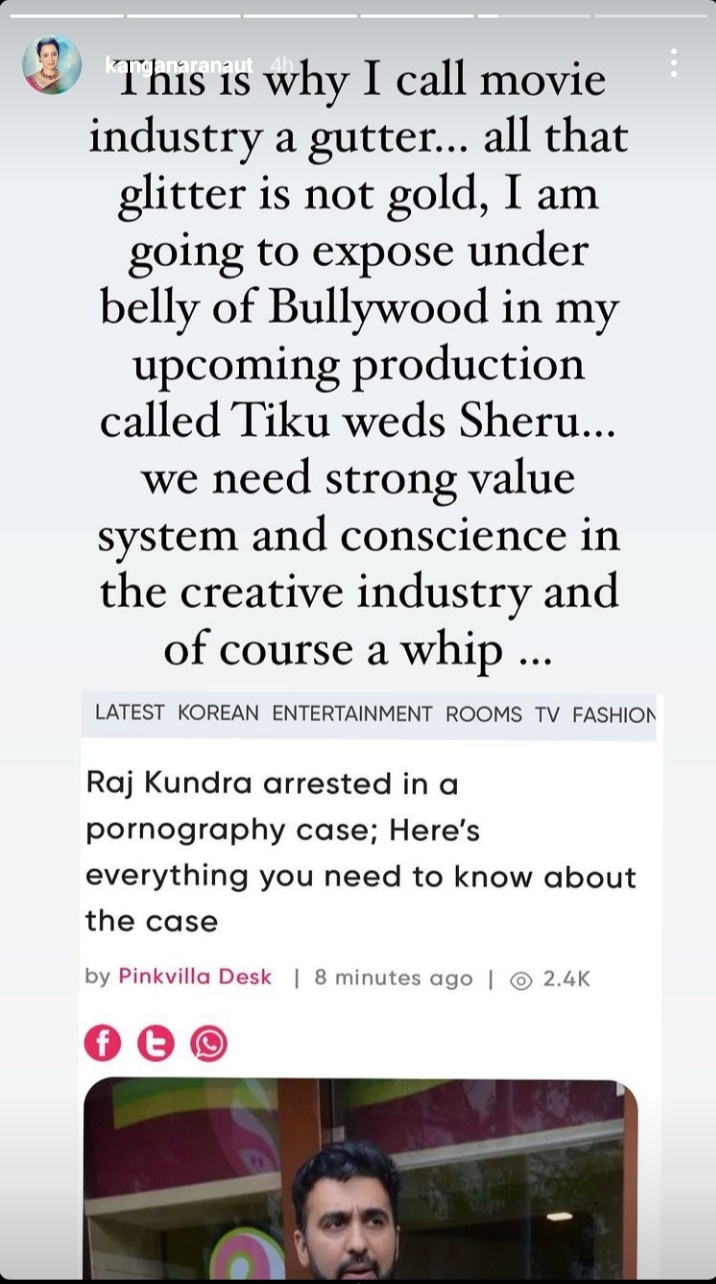 Meanwhile, Tiku Weds Sheru will be the first digital film under Kangana’s banner and will have Nawazuddin Siddiqui in the lead role. It will be a love story and satire with dark humour.

In the pornography case, ten persons have been arrested, including Kundra. “There was a case registered with Crime Branch Mumbai in February 2021 about the fabrication of pornographic videos and publishing them through several apps,” stated Mumbai Police Commissioner Hemant Nagrale. We’ve arrested Mr Raj Kundra in this case on 19/7/21 as he appears to be the key conspirator of this. We have sufficient evidences regarding this. Investigation is in progress.”