Kangana Ranaut to play Indira Gandhi in her upcoming film 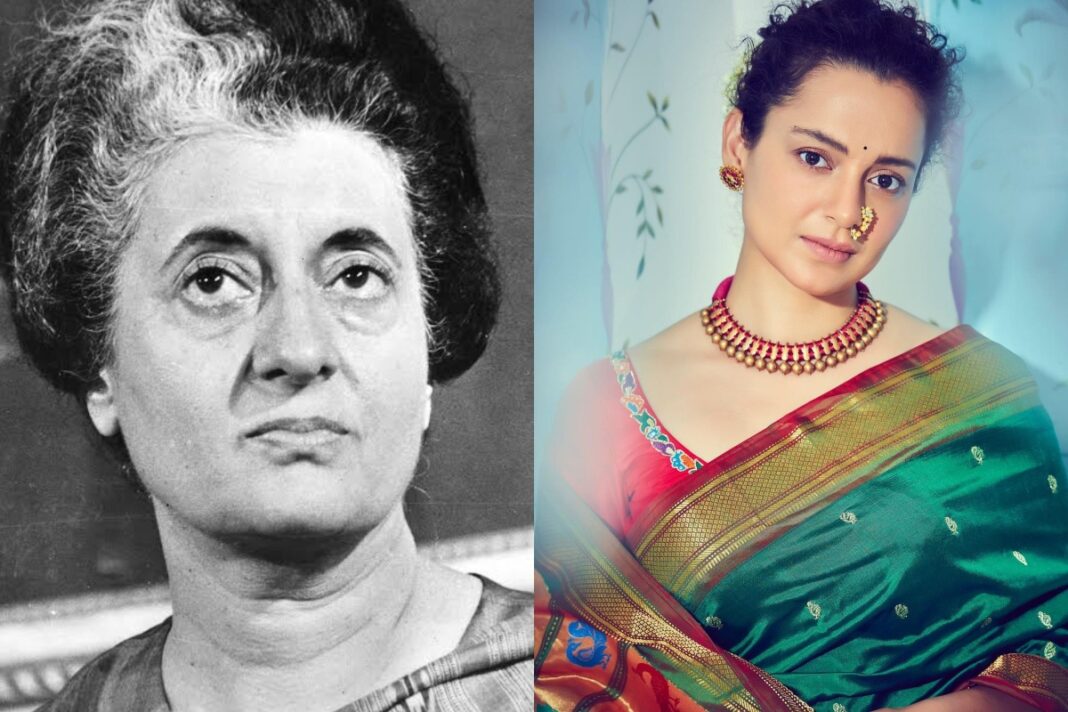 After Thalaivi, Kangana is all set to don political outfit as she will bring life to the character of late former Prime Minister Indira Gandhi on silver screen. The political drama, helmed by Sai Kabir, will be based on a book. However, the name of the book has not been revealed yet.

The announcement of the film was made by Kangana’s office via a statement that read, “The script is in final stages. It is not a biopic but it is a grand period film that will help my generation to understand (the) socio-political landscape of current India.”

“Yes, we are working on the project, and the script is in the final stages. It is not the biopic of Indira Gandhi. It is a grand period film. To be precise, it is a political drama that will help my generation to understand (the) socio-political landscape of current India,” the actor said in a statement.

“Many prominent actors will be part of this film and of course I am looking forward to playing the most iconic leader that we have had in the history of Indian politics,” the actress added.

Kangana also confirmed that development on her Twitter handle as she wrote, “Happy to announce my dear friend Sai Kabir and I are collaborating on a political drama. Produced by Manikarnika Films. Written and Directed by Sai Kabir.”

She also shared some pictures of the iconic leader along with a quote by Khushwant Singh that read “She was very beautiful, not pin up girl type beautiful, her face was like when all the swords are drawn just before the king’s command.”

As of now, Kangana has a slew of films in her pipeline. She is currently shooting for her sports drama Dhaakad and will also start for Tejas. Recently, the actress has also announced that she will bring back Manikarnika franchise with Manikarnika Returns: The Legends of Didda.