Support Us
More
More
HomeNATIONCivilian dies after suspected militants fired upon him in Srinagar
NATION
November 9, 2021

Civilian dies after suspected militants fired upon him in Srinagar 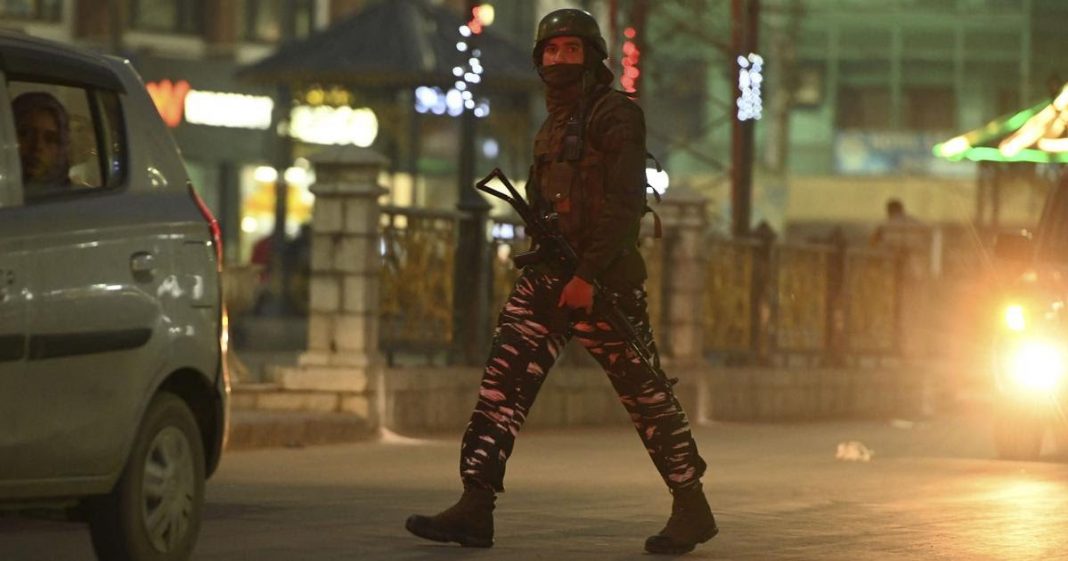 A civilian died after suspected militants fired upon him in Jammu and Kashmir’s Srinagar on Monday. The man worked as a salesperson at a shop owned by a Kashmir pandit, as per reports.

The police identified the man as Mohammad Ibrahim Khan, 27, a resident of Bandipora district. Khan sustained critical injuries in the shooting in Borikadal area and was taken to a hospital, where he died, the police said.

Medical Superintendent SMHS hospital Dr Kanwaljeet Singh said that a youth was brought to hospital with two bullet injuries in his abdomen.

In a statement issued on Monday, Srinagar Police said the force received information about a “terror crime incident” in the Bohri Kadal area around 8:10 pm. Senior police officials rushed to the spot and discovered that a civilian had been shot.

Officials familiar with the incident said a preliminary investigation has revealed that “terrorists had fired upon” the civilian who later succumbed to bullet injuries.

Spokesperson for the Srinagar Police said security forces cordoned off the area to trace the attackers.

Khan’s killing was the second attack in the city in the past 24 hours. On Sunday night, militants killed 29-year-old police constable Tawseef Ahmad Wani in the Batamaloo area.

Former chief minister Omar Abdullah condemned the killing. “The dastardly killing of Ibrahim is reprehensible & I unreservedly condemn it. Unfortunately Ibrahim is the latest in a series of targeted killings in the valley, especially Srinagar,” he tweeted,

This is the 13th targeted killing in Kashmir since October 1, including five non-local labourers. Multiple gunfights broke out during operations by security forces to find those responsible for the attacks. Of the 11 people killed in October, seven were in Srinagar.