Support Us
More
More
HomeNATIONEC Asks YSRCP To Clear On Jagan Reddy Being Made It's Permanent...
NATION
September 21, 2022 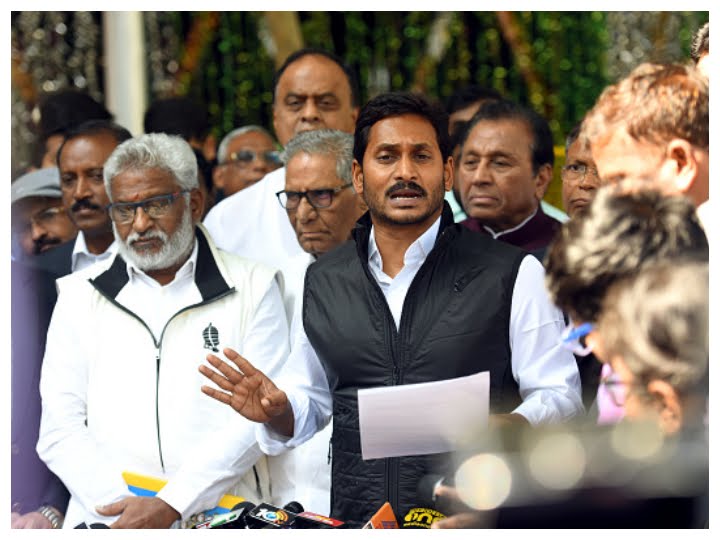 Regarding claims that Chief Minister YS Jagan Mohan Reddy had been appointed as its permanent president, the Election Commission has sent a notice to the YSR Congress Party, which is currently in power in Andhra Pradesh.

The Commission said it “categorically rejects any attempt or even a hint of any organizational post being of permanent nature”. Such a measure, it said, is “inherently anti-democracy”. “Any action which denies the periodicity of elections is in complete violation of the extant instructions of the Commission,” the letter read.

A permanent president being added to a party constitution, as reported in the media, has the potential to confuse other political formations if not unequivocally refuted, according to the EC letter, and the EC was concerned that this could “take contagious dimensions.”

The EC letter said if not categorically contradicted, it has the potential to create confusion in other political formations of such a move (as reported in media of amending party constitution to have a permanent president) being condoned by the Election Commission and the EC feared that this can “assume contagious proportions”.

Political parties must hold elections to select a president within a particular time frame, according to the Election Commission’s recommendations. If a party doesn’t hold regular elections, it may be de-recognized.

According to the EC, the YSRCP has received at least five notices since July 19, 2022, and the party’s tardy response “adds credibility to the claim.”

The party claimed in a message on August 23 that YS Jagan Mohan Reddy had been chosen as president, but it made no mention of the claim that he had been appointed “permanent president.”

On September 11, the party acknowledged that there had been media speculation that Jagan Mohan Reddy would be named president permanently and declared they would launch an internal investigation.