Garib kalyan yojana: Now till March 2022 these people will get wheat and rice for free 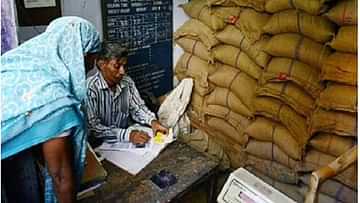 Under the Pradhan Mantri Garib Kalyan Anna Yojana (PMGKAY), the government provides free ration to 80 crore ration cardholders identified under the National Food Security Act (NFSA). The free ration card holders are over and above the subsidized food grains received through the ration shops.

The benefit of free food grains under the Pradhan Mantri Garib Kalyan Anna Yojana is not for those who do not have a ration card. This scheme is limited to ration card holders, whose number is more than 80 crores in the country.

If you have a ration card and the ration dealer is refusing to give your quota of food under this scheme, then you can make a complaint on the toll-free number. Toll free numbers for each state are available on the National Food Security Portal (NFSA). You can register your complaint by calling on this.

Apart from this, if you want, you can also register a complaint by going to the NFSA website https://nfsa.gov.in and writing a mail.

Earlier there were reports that the central government has no proposal to increase the distribution of free ration through Pradhan Mantri Garib Kalyan Anna Yojana (PMGKAY) after November 30. This statement was given by Food Secretary Sudhanshu Pandey. Pandey attributed the recovery in the economy and the good disposal of food grains in the open market under the OMSS policy.