Support Us
More
More
HomeNATIONHere's all you need to know about 'Chhath Puja'
NATION
November 8, 2021

Here’s all you need to know about ‘Chhath Puja’ 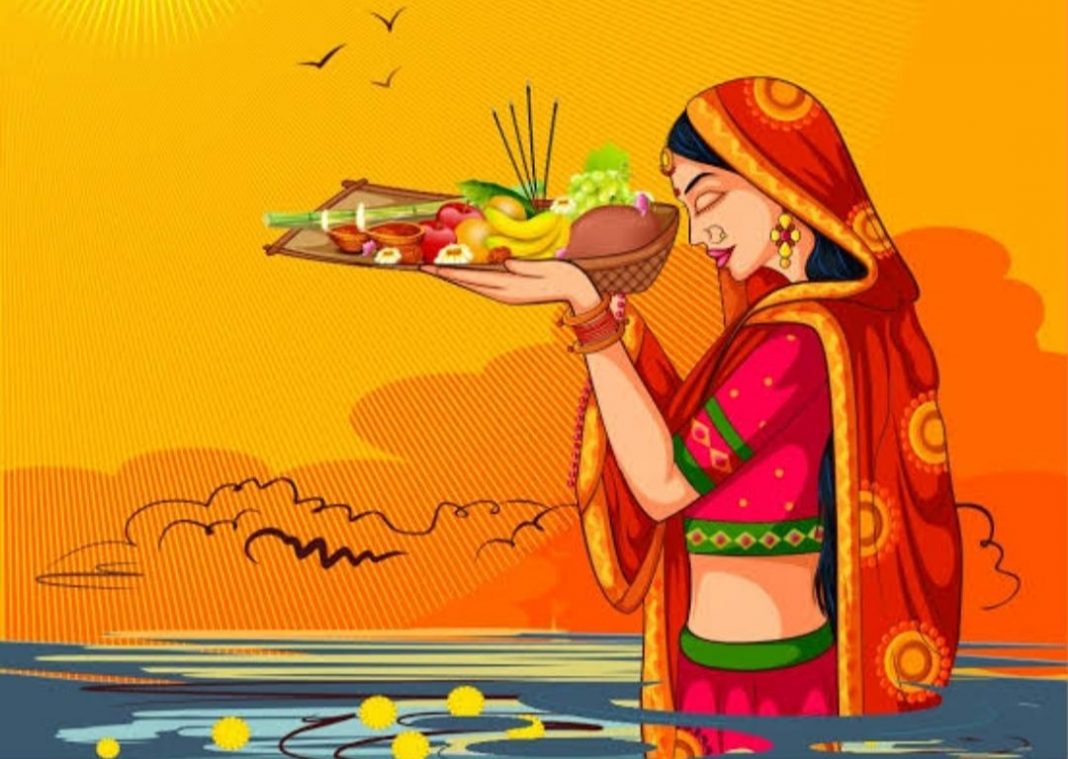 Chhath Puja, a Hindu Vedic festival which is dedicated to Lord Sun who is considered as the source of power and his wife Usha. Chhath Puja is observed for 4 days in the month of Kartika.

The festival is celebrated in states like Bihar, Jharkhand, Eastern Uttar Pradesh, and also in Nepal for the worship of Lord Surya. Lord Surya is worshipped by vratis or devotees for the prosperity and well-being of the family members. Commonly, women observe fast on chhath but nowadays, men also follow it.

There are various stories associated with the origin of Chhath Puja. According to a legend, Pandavas and their wife, Draupadi used to offer prayers to Lord sun to get their lost kingdoms back and solve any problem. It is believed that since then, it became a mandatory custom to perform Chhath Puja.

Some other legends believe the inception of Chhath Puja is associated with Karna who was the son of Lord Surya and Mata Kunti. He was the ruler of Ang Desh, which is currently known as Bhagalpur in Bihar. It is said that Karna used to perform Chhath Puja during his time.

The main purpose of Chhath Puja is to help the Vrattis gain mental purity. The preparation for Chhath Puja begins a day after Diwali as vratis start eating only Satvik food (without onion, garlic), prepare meals with utmost hygiene and eat only after taking a bath.

According to the Drik Panchang, the first day of the festival is known as Nahay Khay. People take a holy dip in a water body. Women, who do the puja, have only a single meal.

The second day is known as Kharna. On this day, people fast without water from sunrise to sunset. The fast is broken after sunset.

Another full-day fast, without water, is observed on the third day, which is the main day of Chhath Puja. Offering arghya to the setting sun is the main ritual. Fasting continues throughout the night.

On the fourth and final day, arghya is given to the rising sun, and it is called Usha Arghya. Chhath Puja is also known as Pratihar, Dala Chhath, Chhathi and Surya Shashthi.