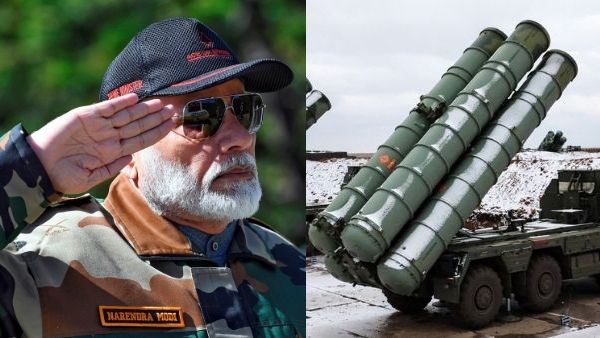 India is preparing to deploy at least two contingents of S-400 missile systems on the northern and eastern borders by the year 2022. Through the modern missile system, the Indian Army will be able to match the capability of the Chinese Army on the border. It is being said that due to the close ties of Prime Minister Narendra Modi and Russian President Vladimir Putin, India has got two S-400 missile systems in a short time. At the same time, Putin is also visiting India on 6 December. During this he will meet PM Modi.

According to the Hindustan Times report, ‘ according to diplomats in Moscow, India has started receiving advanced elements of the S-400 system. At the same time, radars capable of working in depth are also going to be delivered next month. In fact, the Chinese army has deployed missile systems equipped with this Russian technology near the Line of Actual Control in Ladakh and Arunachal Pradesh. In such a situation, India will be able to balance its military strength on the border. According to the report, the two S-400 systems will be operational by early 2022. Two teams of the Indian Army trained in Russia are ready to operate the S-400 system. ‘

The special thing is that it can kill up to 400 km in enemy territory. With the deployment of the S-400 system on Indian soil, the Modi government is also ready to respond to the Chinese missile and air force. One system will be deployed in the north, which will work on two fronts in Ladakh. Because the radars working in depth will be ready to respond to the missile or attack targeting India.

There has been a situation of tension between India and China on the LAC for a long time. On 15 June 2020, Colonel Santosh Babu of the Indian Army, along with his comrades, responded to the Chinese army in Galwan. Since that incident, the Modi government was engaged in removing the flaws of the army on the LAC in Ladakh. In this sequence, T-90 tanks were included with the help of the first Chinook helicopters. Second, the mighty Rafale became part of the army. The third and most important is the number of actions of the Indian Army, when the army set foot on the heights of the southern banks of Pangong Tso while carrying out a military operation on 29-31 August.