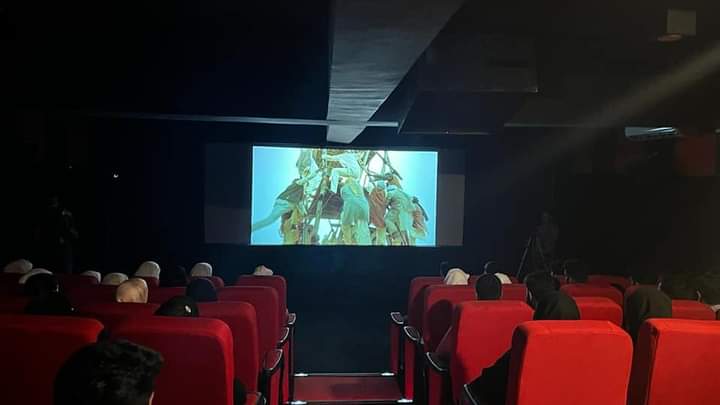 On Sunday, Manoj Sinha, the lieutenant governor of Jammu and Kashmir, inaugurated a multipurpose theatre in each of the twin south Kashmir districts of Pulwama and Shopian.

“We will build such multipurpose cinema halls in every district of Jammu and Kashmir soon. Today, I dedicate such cinema halls to the youth of Pulwama and Shopian,” Sinha told reporters in Pulwama.

Taking to Twitter, Sinha described the occasion as “historic”.

“A historic day for J&K UT! Inaugurated Multipurpose Cinema Halls at Pulwama and Shopian. It offers facilities ranging from a movie screening, infotainment, and skilling of youth,” he said.

The public will be able to enter the first INOX multiplex in Kashmir next week in the Somwar neighborhood of Srinagar. It will have three theatres with a combined seating capacity of 520 people.

Asked if the government wanted to send out a message, Sinha said, “There is no message. This is an initiative taken by the Mission Youth under (secretary) Shahid Iqbal Choudhary.”

Up until the late 1980s, the Valley was home to almost a dozen independent movie theatres, but they were forced to close their doors after receiving threats from two violent groups.

Authorities tried to reopen several of the theatres in the late 1990s, but terrorists foiled those efforts by attacking the Regal Cinema in Lal Chowk with a devastating grenade in September 1999.

Two other theatres: Neelam and Broadway — had opened their doors but had to down shutters due to poor response.