Pilgrimage to Sabarimala prohibited on Nov 20 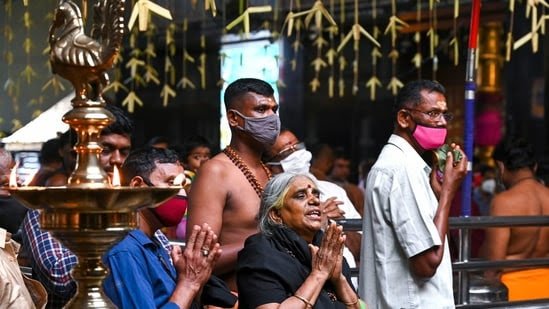 Devotees will be prohibited from entering the hill shrine at Sabarimala on Saturday due to heavy rains at Pampa and Sannidhanam. An order was issued by the Pathanamthitta District Collector regarding this. It is learned that the devotees will not be allowed to enter Sabarimala and Pampa even if they arrive at Nilakkal.

Pamba, considered a holy river, is swollen and the Pamba dam (where red alert status has been issued) will be opened later in the day, said the district administration.

The situation in other parts of state is stable.

The Pathanamthitta administration said that red alert status has also been issued for Kakki-Anathode reservoir. “In order to ensure safety of pilgrims, it is hereby declared that the pilgrimage to Pamba and Sabarimala tomorrow (20-11-2021) is prohibited,” the order issued by District Collector Divya S Iyer said on Friday.

She further said that the pilgrims who have booked a slot via the virtual queue system will be given the opportunity for “darshan” in the nearest possible slot once the weather conditions turn conducive.

“We request the pilgrims to cooperate by not undertaking the journey during this time,” the district collector said.