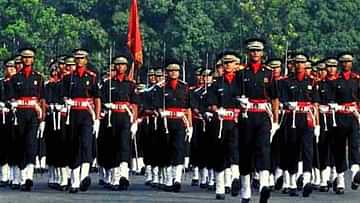 The passing out parade is proposed to be held on December 11 at the Indian Military Academy (IMA) Dehradun (IMA Passing Out Parade 2021). Before that, the Commandant’s Parade (the last rehearsal parade before the final passing out parade) to be held on Thursday has been cancelled. This decision has been taken due to the untimely demise of CDS General Bipin Rawat.

After the death of CDS, there is a doubt about the conduct of the passing out parade. IMA PRO Col Himani Pant told that IMA, Dehradun has cancelled the commandant’s parade to be held today. At the same time, the decision regarding conducting the passing out parade will be taken after receiving instructions from the Army Headquarters.

Also Read – IAF Helicopter Crash: Know Who Is CDS Bipin Rawat, A Man Of Mission And His Story Of Bravery

A rehearsal parade was organized in full dress on Tuesday before the POP. 319 Indian and 68 foreign Gentleman Cadets participated in the parade, who will pass out from the IMA on December 11 and become officers in the army. On December 11, at the Indian Military Academy, Dehradun, 319 Gentleman Cadets of Indian and 68 foreign friends will pass out and assume the responsibility as a Lieutenant. This time the chief guest will be the President of India, Ram Nath Kovind. However, now the decision has not been taken whether there will be POP or not or what will be its nature.

There is a wave of mourning in the country after the death of 13 people including Chief of Defense Staff Bipin Rawat and his wife Madhulika Rawat in a helicopter crash in Coonoor, Tamil Nadu. At the same time, three days of state mourning has been declared in Uttarakhand due to CDS being the home state. On the death of CDS Bipin Rawat, the whole of Uttarakhand is immersed in mourning. CM Pushkar Singh Dhami has condoled the death of CDS Rawat. Along with this, the CM has announced three days of state mourning in the state.