IAF Helicopter Crash: Know Who Is CDS Bipin Rawat, A Man Of Mission And His Story Of Bravery 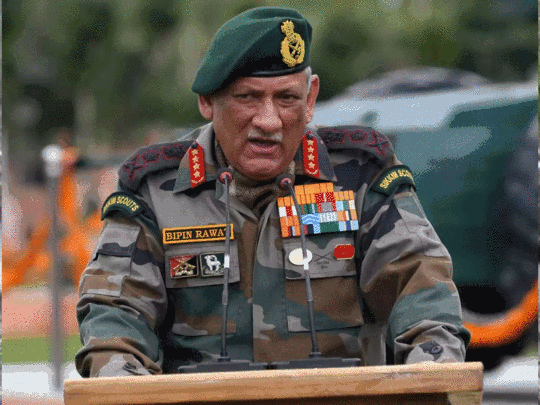 CDS Bipin Rawat was the first such army chief of the country who was made the chief of the three services by the Government of India. Bipin Rawat became India’s first Chief of Defense Staff, took over his new office as CDS on December 31, 2019. Bipin Rawat always values ​​the human lessons imparted during his school days. A day before his retirement, General Bipin Rawat accepted the post of Chief of Defense Staff. His duty was to look after the Indian Armed Forces and act as a military advisor to the government. He served as the 27th Chief of the Army Staff for the Indian Army, the highest ranking post in the force.

Why was Rawat special?

In 1978, Rawat was commissioned into the 5th Battalion of the Army’s 11th Gorkha Rifles. Was awarded the Sword of Honor at the Indian Military Academy. Rawat had served in 1986 as an infantry battalion chief along the Line of Actual Control with China. He also commanded a sector of the Rashtriya Rifles and 19 Infantry Division in the Kashmir Valley. He also led the UN peacekeeping mission in Congo. He was given the responsibility of Chief of Army Staff on 1 September 2016.

Rawat had vast experience, having worked for long hours on the Line of Actual Control, the Kashmir Valley and places in the Northeast. In view of th ability, he was made the Chief of Army Staff on 31 December 2016. Because of working in important areas, they were given more preference. Rawat also played a special role in neutralizing the terrorists, under his leadership many terror camps were demolished by the Indian Army. Bipin Rawat had conducted surgical strikes in Myanmar in the role of commander, this was done in 2015 when 18 soldiers were martyred due to terrorist attack in Manipur, in retaliation, 21 Para commandos crossed the Myanmar border and terrorists named NSCN, many terrorists of the organization were killed. Rawat also played a special role during the surgical strike in PoK. Rawat did PhD in studies, Diploma in Management and Computer Education.