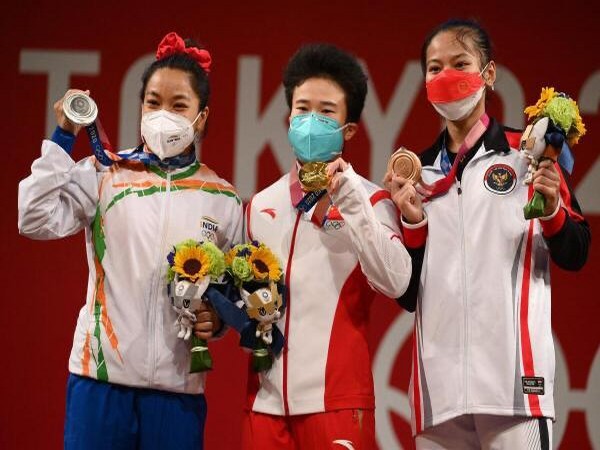 The officials at the Tokyo Olympics have asked China’s Zhihui Hou, who won gold in the women’s 49kg weightlifting event, to undergo to a dope test. If Zhihui fails the test, Mirabai will become the first Indian woman to earn a gold medal in weightlifting.

An ANI report quoting sources said, “Hou has been asked to stay in Tokyo and the test will be done. The test is definitely happening.”

In her finals match versus Chanu in the women’s 49kg category, Hou set a new world record of 210kg. Chanu, who won a silver medal at the Olympics, lifted a total weight of 202kg, eight kilogrammes less than her Chinese opponent.

Chanu also became the second Indian weightlifter to win an Olympic medal after Karnam Malleswari won the bronze medal in the 69 keg category at the 2000 Sydney Games.

“There is so much happiness. The dream to take a medal at the Olympics has been fulfilled today,” Chanu said.

According to reports, Zhihui’s samples had a “adverse analytical finding.” This means that additional tests will be performed to determine whether or not illegal substances were present in her first sample. According to news agency ANI, the gold medalist has also been requested to submit to a new dope test.

What is dope test?

A dope test is a technical analysis of a biological specimen, for example urine, hair, blood, breath, sweat, and/or oral fluid/saliva—to determine the presence or absence of specified parent drugs or their metabolites.

The trio was among 15 weightlifters that tested positive for a variety of banned substances after the International Olympic Committee (IOC) retested samples using methods which were more advanced than the ones available at the time.