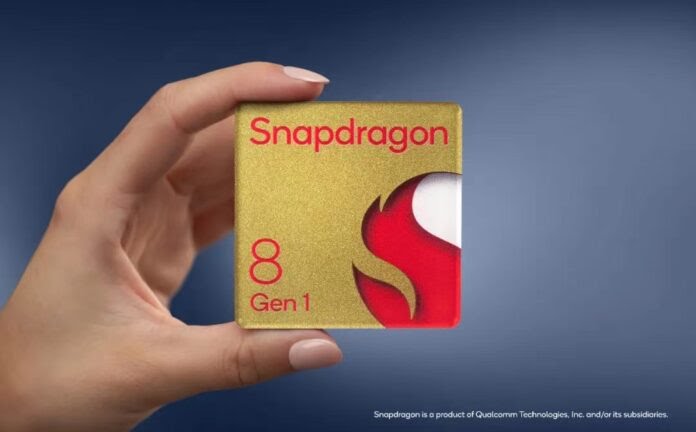 Qualcomm has announced its flagship Snapdragon 8 Gen 1 chipset. The chipset succeeds over the Snapdragon 888 that powers multiple 2021 flagships. Now that the chipset is here, smartphone manufacturers are keen to bring it to their respective devices.

A few manufacturers have already confirmed devices to be powered by the 8 Gen 1 chipset. This includes the Xiaomi 12 series, Motorola Edge X30, Realme GT 2 Pro and more.

The Qualcomm Snapdragon 8 Gen 1 will power most top-end Android smartphones coming later this year and early next year.

Shortly after the Qualcomm announcement, the Chinese tech giant took to Twitter to share a short video that teased the new chipset.

The Snapdragon 8 Gen 1 is built on a 4nm process and features the 4th gen Snapdragon X65 5G modem, which enables 10-gigabit download speeds. It also supports Wi-Fi speeds up to 3.6Gbps over Wi-Fi 6 and 6E.

In addition to these improvements, Qualcomm also announced several new advancements coming to the Snapdragon 8 Gen 1 including the company’s seventh-generation AI engine, which promises a big jump in performance and power efficiency for AI tasks.