Support Us
More
More
HomeNATIONWill the US impose sanctions on India for the S-400 missile system...
NATIONTECHWORLD
November 15, 2021

Will the US impose sanctions on India for the S-400 missile system deal with Russia? Know what the US said 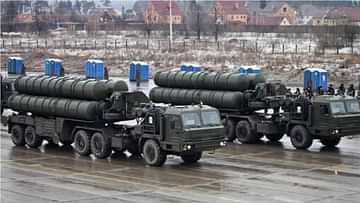 India has started getting the supply of S-400 missile defense system from Russia. In such a situation, the risk of US sanctions has also increased. At the same time, a US State Department spokesperson has said that the US has not taken any decision on the possible waiver of sanctions against India for buying the S-400 missile defense system from Russia. They also emphasized that there is no provision for granting special exemption to any country under the Countering America’s Adversaries Through Section Act (CAATSA).

The spokesman said in response to a question about reports of Russia starting deliveries of the S-400 to India, the Joe Biden administration urges all our allies, partners to abandon transactions with Russia, because They are at risk of sanctions under CAATSA. India signed a USD 5.43 billion agreement with Russia for the purchase of five S-400 surface-to-air missile systems during the India-Russia Annual Bilateral Summit in October 2018 for long-term security needs Were.

Washington indicated that the purchase of Russian S-400 systems could impose CAATSA sanctions. CAATSA is a US federal law that imposes sanctions on Iran, North Korea and Russia. CAATSA gives the US administration the power to impose sanctions on those countries, then make major defense deals with Russia. The US does so in response to Russia’s annexation of Crimea in 2014 and alleged interference in the 2016 US presidential elections. Amid requests by US lawmakers not to impose sanctions against India, the spokesperson clarified that CAATSA does not provide for country-specific exemptions.

“We urge all our allies and partners to refrain from dealing with Russia that threatens to impose sanctions under the Countering America’s Adversaries Through Section Act,” the spokesperson said. We have not taken any decision on a possible waiver in respect of Indian arms transactions with Russia. CAATSA does not provide for country-specific exemptions. We expect this strong momentum to continue in our defense partnership. We value our strategic partnership with India.