4 killed in Bangladesh during protests against visit of PM Modi 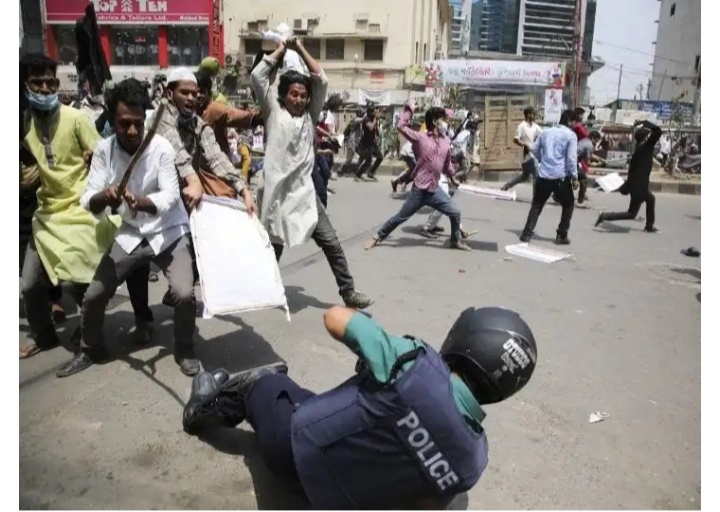 According to a report by AFP, the four killed were supporters of a hardline Islamist group, Hefazat-e-Islam.

Police said the protest got out of hand as demonstrators marched in the capital Dhaka, with many throwing rocks and stones at officers, injuring at least four.

“We fired tear gas and rubber bullets to disperse them. There were 200 protesters. We have also arrested 33 people for violence,” police official Syed Nurul Islam told AFP.

A spokesperson for the march said 2,000 mainly student protesters joined the demonstration.

Activists of Left student organisations, who were demonstrating on Thursday against Modi’s visit, allegedly came under attack from the BCL at Dhaka University campus.

Modi is on a two-day visit to the country to take part in the golden jubilee celebration of Bangladesh’s independence and the birth centenary of its first President Sheikh Mujibur Rahman.

While addressing PM Modi said both India and Bangladesh have the power of democracy and vision for the future, and it is necessary for the region the two countries progress together. “That is why Indian and Bangladeshi governments are making meaningful efforts in this direction,” he said.

The freedom struggle of Bangladesh was a significant moment in my journey too… My colleagues and I had done a satyagraha in India… I was in my early twenties. I even had the opportunity to go to jail during this satyagraha for Bangladesh’s struggle for freedom,” he said.

The visit to Bangladesh is PM Modi’s first foreign visit since the beginning of the coronavirus pandemic. He was initially scheduled to visit the country last March, but had to postpone his programme due to the rapidly spreading disease.