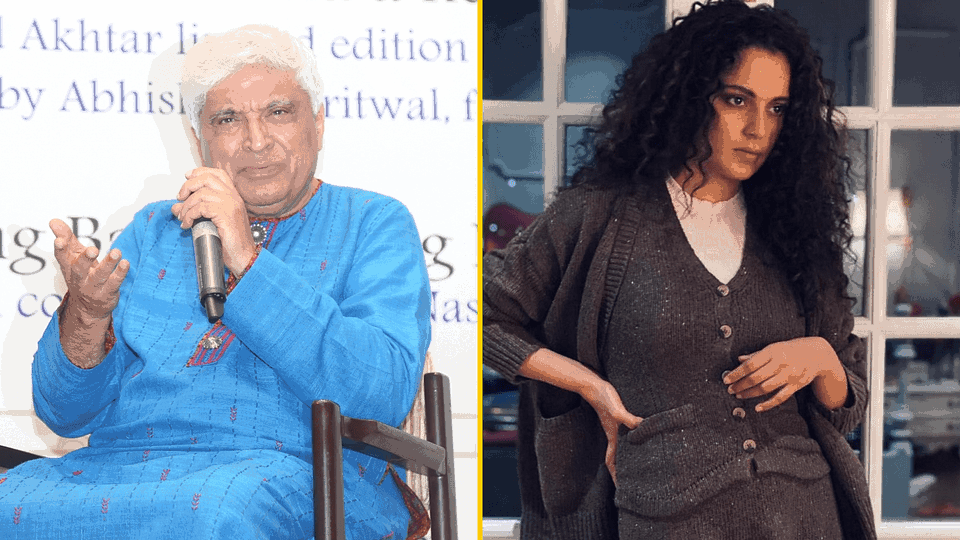 The Bombay High Court refused to hear an intervention application filed by veteran lyricist Javed Akhtar, alleging that Kangana Ranaut’s counsel made a ‘misleading’ statement in court to get her passport renewed, despite criminal cases pending against her, as per a report by The Indian Express.

Advocate Vrinda Grover, representing Akhtar, submitted that the statement made by Ranaut of no pending criminal cases was false and misleading. “A fraud has been played on the court for passport renewal,” Grover argued.

The bench that consisted of Justice SS Shinde, and Justice NJ Jamadar refused to intervene during Kangana Ranaut’s latest hearing at the Bombay High Court on Monday.

The court said, “We will not hear you. Today, you do not have the right to an audience. If we allow this application, then what about hundreds of other people'”. “He court will be overflooded with hundreds of such pleas. We have our limitations. We are not entertaining an intervention application by someone who is not a complainant (in FIRs in question)”. However, Grover continued to argue Justice Jamadar asked her to stop and listen to the court.

In his intervention application, Akhtar said he had filed a criminal defamation complaint against Ranaut in November 2020 over her remarks about him during a TV interview, and criminal proceedings against her were pending.

In the plea, Javed Akhtar claimed that the response by Ranaut’s counsel was limited to criminal proceedings arising out of two FIRs and failed to mention about pending criminal defamation case against her filed by him. Hence Akhtar was required to be heard by HC, the petition argued.

For the unversed, Akhtar’s lawyer Grover, in the petition, had stated that Ranaut’s statement of no pending criminal cases was misleading and false.

In the plea, Akhtar’s argument was that the response of Ranaut’s lawyer regarding criminal cases was limited to the copyright violation and sedition FIRs, however, the lyricist has also filed a criminal defamation case against the Tanu Weds Manu actor which was not taken into account.