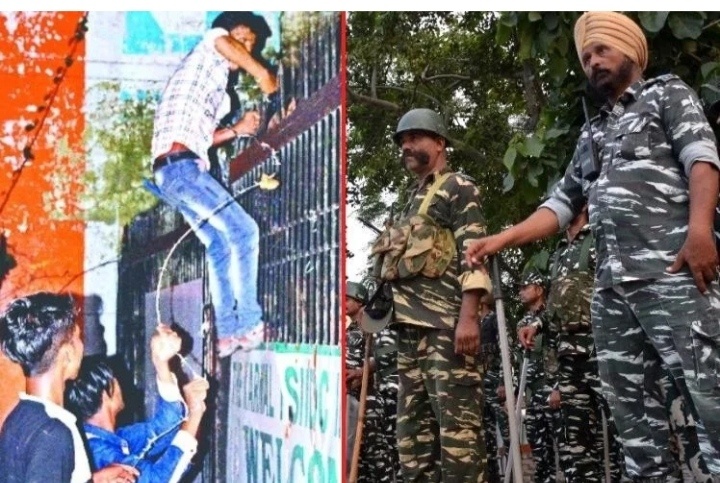 Today there is a mahapanchayat of farmers in Karnal. Farmers’ organizations will gather at the new grain market at ten o’clock in the morning to gherao the mahapanchayat and the district secretariat. While the farmers leaders spent their preparations on Monday night filled with all apprehensions, the police were also engaged in barricading. Although the police had started its preparations from Monday evening itself, but as the night deepened, the police preparations also gained momentum.

At around one o’clock in the middle of the night, Superintendent of Police Gangaram Poonia along with his force was seen taking stock of the arrangements at Guru Brahmanand Chowk on GT Road. A large number of barricades were placed at all the points from the city through which one could climb the GT Road, so that the front could be handled in the morning.

After the Mahapanchayat, the next target of the farmers is to reach the Mini Secretariat. Due to this, barricades were piled up from Nirmal Kutia Chowk on GT Road to Mini Secretariat Gate. Five trolleys were also seen standing. They can be used to block the way as before. On the other hand, farmer leaders were also busy in calling the farmers from different places to Karnal.

In view of the apprehension of disturbance in the mahapanchayat of farmers in Karnal, the government has also decided to stop internet services in Kurukshetra, Jind, Panipat and Kaithal till 11:59 pm on September 7. The ADGP of CID has told the government that the situation in Karnal and adjoining districts may worsen during the farmers’ protest, so special precautions need to be taken.